Welcome to my online journal. You can find my archive of older journals below. 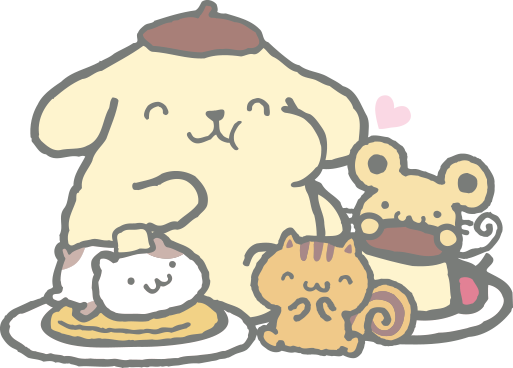 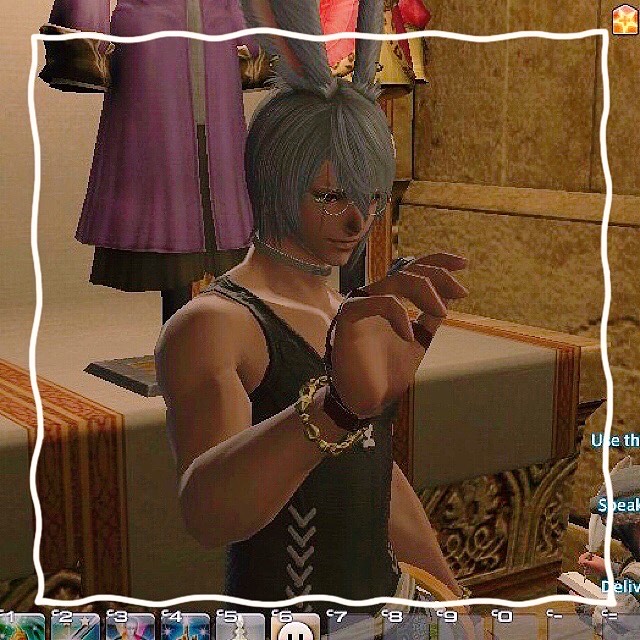 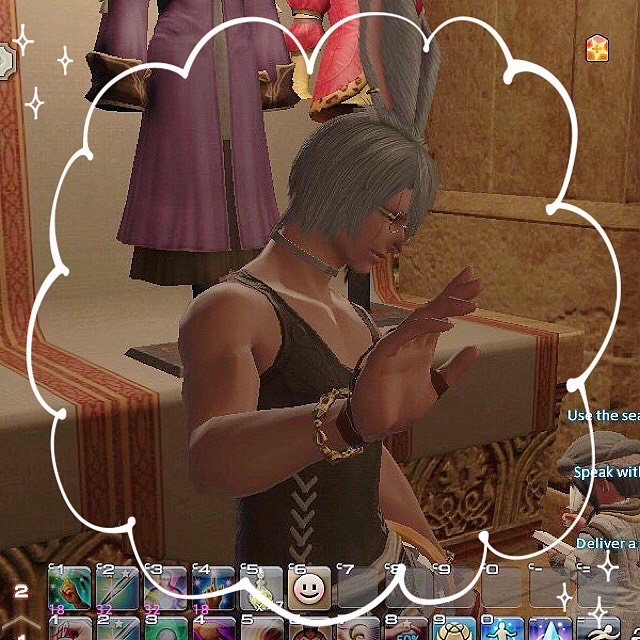 I've been playing FFXIV a lot more, working on more story quests and joined a grand company. Today I mostly just crafted. I'm having a hard time crafting a high quality item though. I've also been watching some old reality tv shows. I got a free trial of paramount plus and watched The Real World season 1 yesterday. It really brought back memories of growing up in 90s New York lol. I really wanted to watch The Real World Homecoming: NY after that, but for some reason they only have the New Orleans version on there :(

Now I'm watching season 1 of Big Brother. I can't stop noticing how ugly the house is lol. Reminds me of Blockbuster or Hollywood Video with all the garish color schemes.

I'm kind of upset because my blender fell and broke while I was using it today, and when I was cleaning up the mess it fell again. Glass and milk everywhere. Now I have micro cuts all over my hands... But the good news is that my bf got an apartment and is moving in this weekend. So Hopefully I will be able to leave here soon. Not gonna lie, I'm terrified of taking a plane, possibly 2, but I'm trying not to feed the fear I already have.

My bf and I have been working on worldbuilding stuff, and I think it's coming along pretty well. I also just caved in and ordered taco bell. I felt stressed and am tired of eating the same 2 things everyday lol. I got 5 burritos with just beans/lettuce/tomato, but I was only able to eat 3.

Another FFXIV update- I got to Limsa Lominsa the other night and experienced really bad lag in the plaza. Crashed a couple of times. I lowered some more settings and put it in full screen mode. Seemed to help a little bit, but whenever I tried walking through middle La Noscea the lag made it unplayable. Couldn't move or do anything. So I moved my character to an Oceania server. That actually helped a lot, BUT still experienced the same severity of lag in middle La Noscea. Idk what it is with that area but I can't walk through it at all. And to think all of this could have been avoided if the PS store actually worked properly -_-

Anyway, I woke up to a barrage of blaringly loud noises this morning that haven't stopped since. I can barely even concentrate on writing this. Loud noises coming from multiple sources is something that makes my stress levels skyrocket. And when one noise stops it always seems to get replaced with another (Like my uncle's tiny dog that barks at literally everything -_-)

I updated my index page to be more responsive last night. Took forever to do, but not sure if I love the color scheme. Idk how to make it look less plain and boring :/

I was supposed to be leaving for NZ in a couple of days, but plans fell through because of money issues. I don't really know when I'll be there now, but I know it won't be soon enough. I just can't be around the people I'm living with. Not only is there no chance of improving my mental health while around them, but the constant stress caused by them is actively making it worse. Bf has been looking for any crappy place he can find for us to live, but the problem is me actually getting a plane ticket. He says once he gets a place he'll know how much money he'll have and he'll be able to figure something out.

He sent me a link to a room for rent today and I'm hoping that will be the one, but I know it will take going through a few before actually getting a call back. Aside from that, I've been getting more comfortable with flexbox and media query. Was thinking of re-coding my site, or at least the index page, to be more responsive. But it would be a lot of work. Don't know if I'm up for it yet. 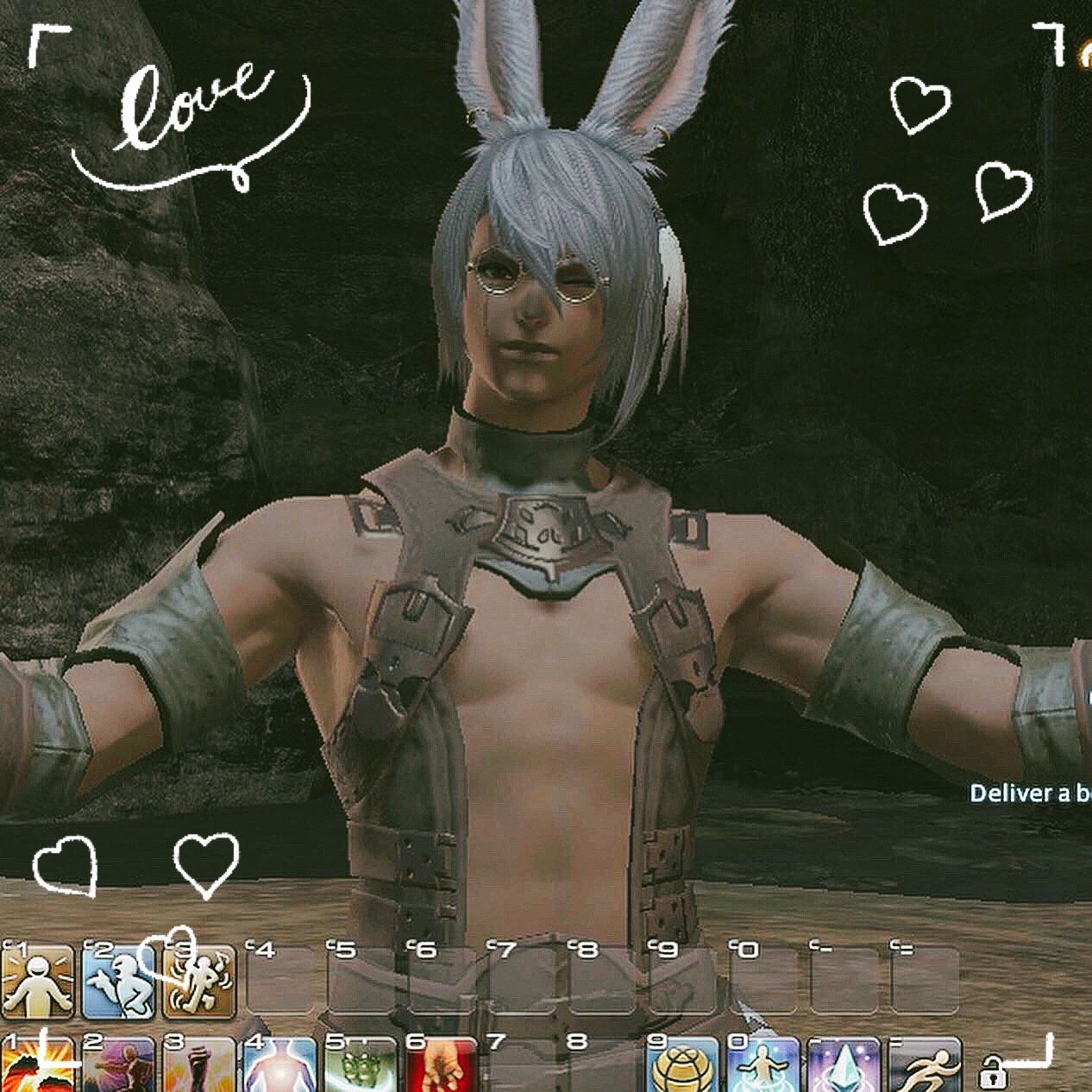 I started crafting in FFXIV last night... I found a guide on youtube to help me get started and it was great because it provided me with a little shopping list so I wouldn't have to run back and forth for materials. I tried following another guide after that, but it required lots and lots of gil, which I don't have. So I've just been doing it on my own. When I played back in 2015 I never really did crafting, so it's new to me. Right now I think I'm like level 18 weaver. I've also been learning flexbox. It's definitely easier to understand than grid. I was able to make a very basic layout with media queries (which I've never used before) last night, so it's going well. There's still some stuff I get confused by, but I guess that will get better with experience.

I used instacart for the first time the other day. I said I wasn't gonna do it again bc money but.. I've had 0 energy mentally and physically lately, plus some extra money from my birthday. I found it's very nervewracking for me. But I'm willing to pay a little extra not to get stressed by Walmart customers. I don't even work there anymore and they still piss me off. So it's worth it at the moment. I've also been learning CSS grid and it's been pretty challenging. So many new properties and values to memorize, and some parts I'm still confused by. I can't give up though, as I really want to make more responsive layouts. Also been playing FFXIV and it hasn't crashed yet, so that's good. 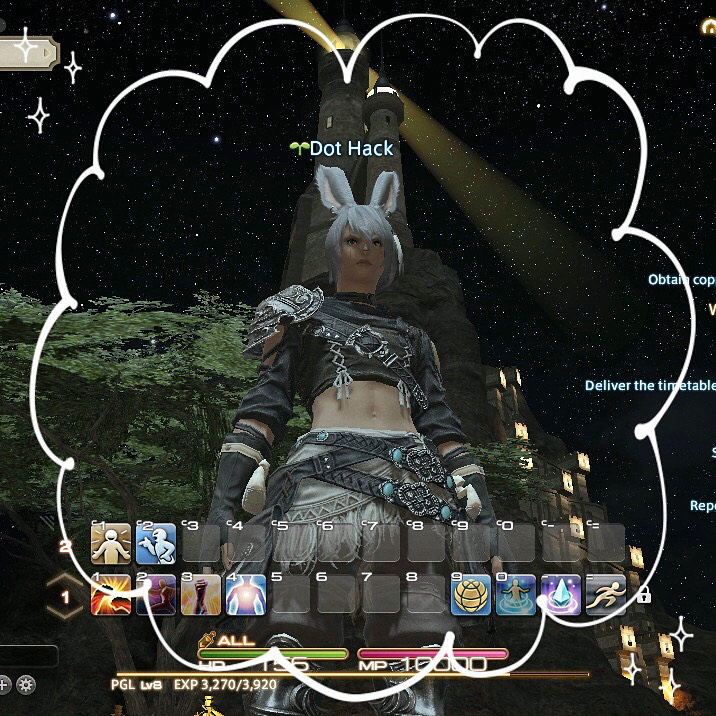 So update from last entry- the giftcard method ended up not working because they cancelled my order with no reason given. I tried to order another one from somewhere else but the same thing happened. So I called my bank to see if my card was put on hold or something, but they said no problems on their end. So, still no idea why 3 different places wouldn't accept my card. But when it comes to running the game, I did find out that my laptop met minimal requirements in some areas and recommended requirements in others. So I decided to try buying it through steam, and it worked. No cancelled order. The game itself was pretty stuttery, but that went away after I changed graphics settings. At certain moments there is severe lag, but stops after a few seconds. I've been playing the past couple of days, but it unfortunately crashed while I was playing last night. Now I'm hesitant to play because I'm afraid it's gonna crash again .-.

I'm so frustrated right now. I remembered that I could re-download games I've already purchased on my PS4, so I decided to try downloading FFXIV again. I found it in my purchase history but it said I needed to do a system update, so I did. When I got back into the menu my purchase history had reset to 0... so that pissed me off.

I found another way to view it, but I had to be logged in. Unfortunately my bf changed my email on there a long time ago and I didn't know the password. I tried to reset it by having the email service send me a password reset code. Tried it 3 times and each time it told me the code was invalid -_- So I said fuck it, I was gonna buy the game before all this anyway so I might as well buy it now. Made a new PSN account and purchased PSplus. Found the game and it was cheaper than I initially thought, great. Tried to check out and got an error code. Looked up how to fix error code. Tried every single method I could find and nothing worked. Decided to spend a little more than I needed and buy a digital gift card as a last resort. Site I bought it on said "Instant Download" So I assumed it was instant. Turns out it takes up to 48 hours. Now I'm just sitting here feeling defeated.

I went to the bank to deposit money and found out I had a $50 overdraft fee... They ended up waiving it though so yeah. I've been wanting to play FFXIV again but I just don't think I'm willing to pay for PS plus. Can't play on laptop bc it's too shit to run games. I wish it was on switch TT would make things way easier.

I've been making journal layouts lately and decided to update my own because I really like how this one turned out. I'm also trying to keep it mostly free of negativity and things that piss me off. I might focus more on projects I'm working on/want to work on rather than mental shit.

I want to make a page (or site, haven't decided yet) dedicated to OCs and worldbuilding. Bf is currently helping me with the latter. Something about a catboy volcano. It's based on a cat-person world I wanted to make OCs for a few years ago.

I also need to make an icon set for this page .-.