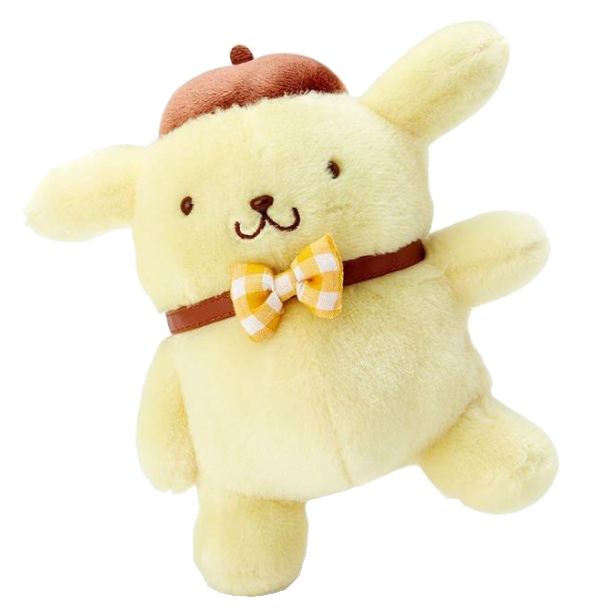 Welcome to my new and kind of improved journal! You can click here to read my older entries. Thanks for looking!

I've been in a terrible state the last few days. Don't really know what caused it, but my anxiety level went through the roof. I had a psych appointment on the 15th, she kinda pissed me off. Wouldn't let me talk, asked me questions and then immediately proceeded to talk over me when I tried to answer. When I told her I stopped taking my meds because they were exacerbating my symptoms she said "well how do you expect to get better if you're not taking meds?" Nevermind the fact I told her there was a slight improvement from the first time I talked to her.

She prescribed me different meds and after taking just half of one pill it pushed me into dissociation (pretty much a dreamlike state this time) and made me panic even more, even though it was an anti-anxiety pill. I felt confused and terrified and wasn't all there. A horrible experience, again. I also have abilify which I'm now scared to death to take.

I mentioned in a previous entry I made a new youtube account to clear out my recommendations so I wouldn't be tempted to watch certain videos. It's definitely been hard. I think the loss of the little confidence boosts they gave me contributed to my high anxiety levels. I felt like I was so on my own, started doubting myself and felt I was going crazy.

Last night I decided to listen to some affirmations for anxiety and I already notice that the fear of totally losing myself and going insane isn't as strong. I don't know if listening to those is a good or bad thing. Like is it just temporary relief? I did also watch some vids before that, unrelated to all of this, that actually made me laugh and noticeably improved my mood. so that could've made me more susceptible to a better outlook on things.

I'm noticing that just writing about this gets me stuck on the negative things I've experienced. Maybe I should write about more positive things? Like it could be worse, I could still be under the effects of medication, and at least my stomach isn't in a constant state of sinking like it was. It's weird though, just thinking about it makes it happen again -_-

I never know how to start off journal entries _(°:з」∠)_ So, the other day we went food shopping and got a lot of vegetables, some fish, and some other stuff I can't remember right now. I also got a haircut and then we walked around the book store again because that's like the only place to go around here.

Today we got sushi and played some basketball, kind of? Just because we found a cheap basketball at the store. I don't really know what else to write about... I'm really trying to put more effort into not reacting to my thoughts so fearfully. It's been a bit better today, but still have this base feeling of anxiety the whole day. Hasn't been doing my stomach any good.

Was thinking of making another journal page, but centering more around hobbies rather than my general personal life and moods. Idk exactly what it will be about yet, but yea

pic from the other day: 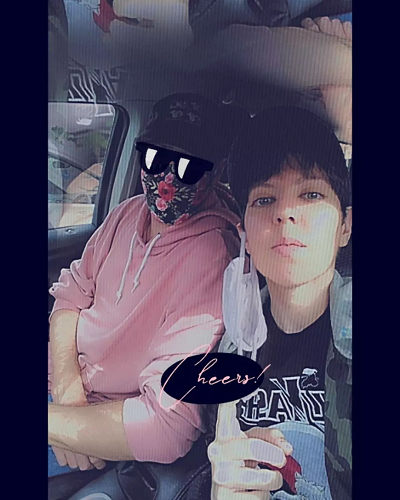 Mood: a little anxious but determined

Was gonna write in my journal last night but got too tired so I'm writing now. Past couple days have been kind of a struggle, but I'm focusing on pulling myself out of it. I think my brain just gets tired of trying to do that all the time and just wants to give in. But I have to recognize the thoughts for what they are, just anxious thoughts and nothing more.

Yesterday I decided not to watch anymore videos concerning dpdr so I made a new youtube account to make sure I wouldn't see them on my recommended feed. I actually watched a video yesterday which said "make this the last video you watch about it" so I did. The past 2 days I stayed home and was idle most of the time. But I'm going out today to go food shopping, since my EBT card finally got refilled, and maybe get a haircut. Dunno yet.

I really want to try and eat better. Planning on starting a mediterranean diet. Even though I'm vegan I haven't been eating a variety of vegetables and barely any fruit. Going to add fish back into my diet and try to cut out added sugars, which I've never done before. I hope it's not too hard

I've also been taking multivitamins and omega-3s the past couple of weeks(?) (at first I was taking vitamin D but switched to the multivitamins since they already had that and more) though I did slip up a couple of times and forget to take them, I've been good with it lately.

I've been trying to do basically everything except for taking meds right now (since the last few meds I was prescribed made everything worse). I have an appointment with my psych this month but I'm still so scared of taking anymore meds because of the experiences I've had.

I don't like when people make meds out to be this miracle cure or something that you can't go through recovery without. It seems like meds are this tremendous help for everyone except me. But maybe I just haven't found something that works for me yet. It still doesn't dismiss the fact that the process of finding the right meds scares me, since it means I could potentially be subjected to a horrible experience again.

I had physical therapy today. Overall stressful day, mostly because the DR got worse than usual. Noticing it does get worse when I'm out in public. I had a sinking feeling in my stomach all day which I still can't get rid of. Once it's there it just sticks. Then causes burning and diarrhea -_- One of my family members was screaming on the phone about politics this morning which is what caused it.

While I was lying down at physical therapy today I kept getting the feeling like I was floating (which isn't new but it felt a lot more intense). Realized it's probably just DR that's causing it and tried to let it pass. We went to a book store afterwards and just walked around.

There's also this thing that I've noticed happening where I'll suddenly feel emotionally numb starting around 5-6pm. Dunno why. It seemed to be getting better recently but the past couple of days it's been happening again. Whenever it happens I try to get up and do some exercise or something. It helps a little bit. so better than nothing.

I'm trying not to let small setbacks in my recovery discourage me. I can't afford to be negative. I'm going to recover from this eventually because I have to, basically. I mean other people have so I should be able to as well.

I've been flattening my island on acnh and it's taking forever. I got happy home paradise but I've been too tired from working on my island to play much of it lol. I like playing hhp at night because there's kind of a relaxing vibe to it. 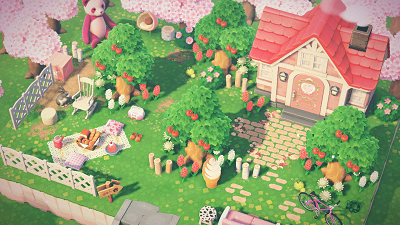 I seriously need something to keep me more busy but there's only so much I can do. Would it even make sense to try and get a job if I'm going to be moving out of country in like 2 months? I never have much luck with getting hired anyway... there are huge gaps in my job history, and I've only worked 2 jobs officially, one of which was basically handed to me by my ex. they lasted 4 and 8(?) months respectively. Mental illness sucks ┐(￣ヘ￣)┌...

Since DR does worsen with stress, I'm afraid of inadverdently making it worse. But because I would be keeping my mind away from the OCD, there's a chance that would lessen the DR (since I believe what's driving it right now is the OCD) hm.

Anyway I'm home alone today and so far I've made a new layout, did a workout, and made some food. I suck at making food for myself so it was a pretty good thing for me. I'm gonna try to make a milk steamer later, probably with cinnamon and just a little bit of vanilla. Will probably play some acnh later since I'm trying to flatten and redo my whole island. Still struggling with getting the right furniture for my house.. or anything really 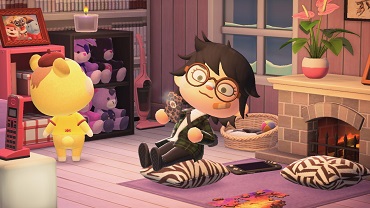 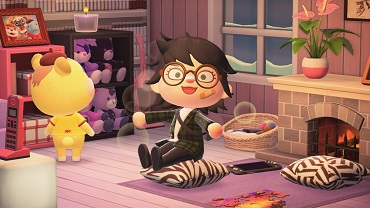 here's some pics of part of my living room

I did get to have ramen today! 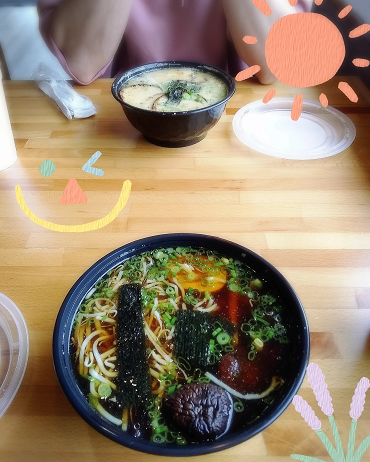 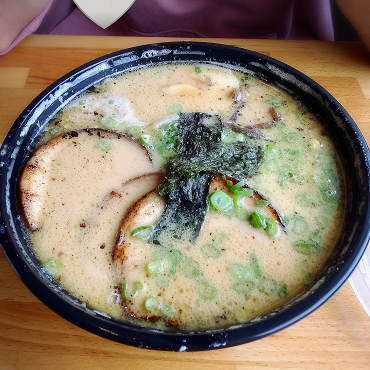 It actually wasn't really what I expected. That might be because I had to get vegetable ramen (vegan so I have very limited options lol). I did taste a little of my bf's though... for some reason I always imagined the broth he had would taste different than it did. But I got to try something new, at least. We almost went bowling lol but decided to go at a later date instead.

We drove around a lot today. The derealization seemed to get worse while we were driving. Maybe because I was stationary for a long time? I tend to feel more clear headed late at night (like right now) It could be because there's less noise and light, which are common DR triggers for me.

Also played some ACNH today, tried to furnish some of my rooms but it's hard when there's so little to work with in terms of furniture. It seems like there's a lot less furniture styles in acnh compared to pocket camp. This is why most of my rooms look bare or mismatched /sigh

I coded a new layout for my journal today. Took forever, and I just realized the link list extends too far down when viewed on my tablet orz. Dunno how to fix that, but at least it doesn't seem to be that major.

Still trying hard at recovery from "Pure O" OCD and derealization. I'm largely on my own with it because I can't find a fancy OCD specialist who is actually affordable.

Been able to code layouts again so that's an improvement. It's a decent distraction. The DR did suddenly worsen while I was coding this but seems to be less severe now. Went on a bike ride yesterday. I'm working out more again, not quite to the point where I'm doing it everyday, but getting there.

I wanna go get some ramen tomorrow because I never had actual ramen before and there's a ramen place that opened close to here. Idk if it will happen though.